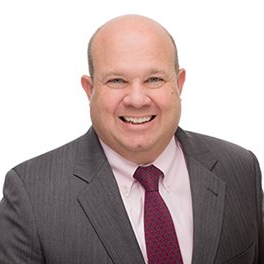 Having served in the US Navy, US Merchant Marine, and US Coast Guard, as well as being an accomplished ocean yacht racer, Bud’s longstanding connection with the sea and ships that sail upon it is both personal and professional.

Bud began his education with the US Navy in Submarine Nuclear Engineering and later furthered his formal education at the US Merchant Marine Academy, where he was trained as a Deck Officer and received his undergraduate degree.  Later, during his service with the US Coast Guard, he studied law at the George Washington University Law School.

In 2010, he retired from his government career to join the Cruise Lines International Association, where as its Global Senior Vice President of Technical and Regulatory Affairs, he led the cruise industry’s efforts in a broad range of maritime subject areas, including countless international treaty negotiations, sector-wide policy development, and engagement with government bodies around the world.

He has conducted work in more than fifty countries throughout his career and consistently served in leadership roles for more than three decades.

Today, Bud is engaged across MSC’s Cargo and Passenger divisions, including MSC Cruises, in applying his skills toward developing the company’s central Government Affairs function, based at the Group’s headquarters in Geneva.

He is closely involved in MSC’s response to developments in environmental public policy and regulation and other industry-wide issues such as carbon reduction, maritime security, safety at sea, illegal wildlife trafficking and international shipping policy.

Check out the incredible speaker line-up to see who will be joining Bud.

9:30 AM LNG Bunkering: The Regulatory Landscape

MSC Cruises’ Bud Darr will introduce the audience to the policy and regulatory landscape of LNG as a marine fuel across the world, giving special emphasis on the state of play in the Mediterranean region. With five LNG-powered cruise ships on order to come into service between from 2022 to 2027, and as the leading cruise line in the Med, MSC Cruises is very keen to see that appropriate LNG bunkering infrastructure is developed in the region. This session will focus on some of the forward-looking developments that must occur to ensure that this happens, enabling the adoption of LNG as a fuel by the wider maritime sector.