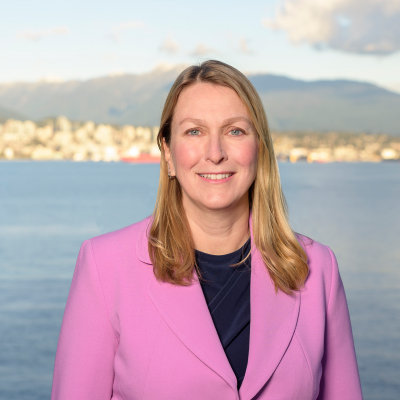 Ginette MacIsaac is the Operations Director of LNG Canada, a Shell, PETRONAS, PetroChina, Mitsubishi Corporation and Kogas joint venture.  Ginette holds a chemical engineering degree from the Technical University of Nova Scotia, Canada as well as a Master of Business Administration from Erasmus, Netherlands

With 22 years in oil and gas and 20 years with Shell, Ginette’s career has taken her from Canada to The Netherlands, Singapore, Australia and back again. She has had roles in process and project engineering, operations management, project management and commissioning and start-up.   Ginette was a member of Shell’s global asset integrity forum and her Peace River operating asset was one of only 13 sites worldwide that achieved the calculative milestone for Operational Integrity in 2012.

She has worked on several LNG projects including Sakhalin, Venezuela, Iran, Qatar gas 4 and Gorgon and has represented Shell as the North West Shelf Operations Manager in Shell Development Australia.  In her most recent role as Operations Manager for the Carmon Creek project she was part of the team that won the CEO Award for “Improving performance in global HSSE & SP risk areas”.

Check out the incredible speaker line-up to see who will be joining Ginette.