Refining facility rapidly turns around plant bankruptcy, through overhaul of CMMS and Maintenance Strategies with OnePM®. 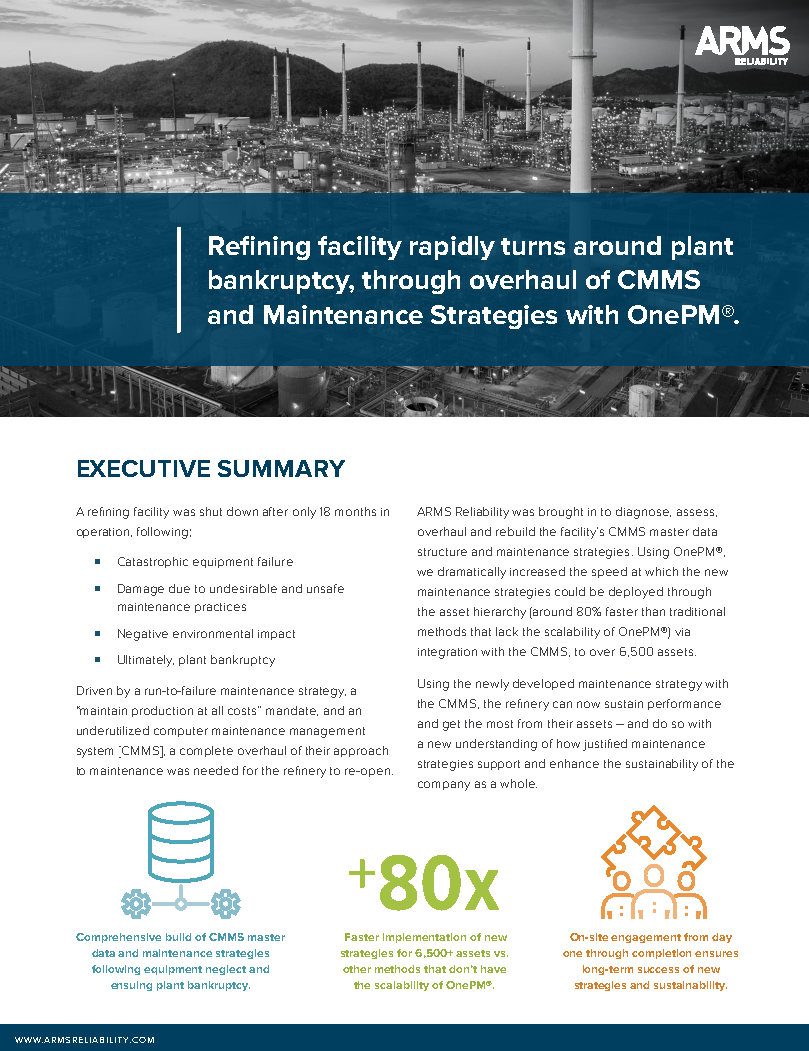 Arms Reliability Case Study: A refining facility was shut down after only 18 months in operation, following; Catastrophic equipment failure, Damage due to undesirable and unsafe maintenance practices, Negative environmental impact, Ultimately, plant bankruptcy. Driven by a run-to-failure maintenance strategy, a “maintain production at all costs” mandate, and an underutilized computer maintenance management system [CMMS], a complete overhaul of their approach to maintenance was needed for the refinery to re-open. ARMS Reliability was brought in to diagnose, assess, overhaul and rebuild the facility’s CMMS master data structure and maintenance strategies. Using OnePM®, we dramatically increased the speed at which the new maintenance strategies could be deployed through the asset hierarchy (around 80% faster than traditional methods that lack the scalability of OnePM®) via integration with the CMMS, to over 6,500 assets. Using the newly developed maintenance strategy with the CMMS, the refinery can now sustain performance and get the most from their assets – and do so with a new understanding of how justified maintenance strategies support and enhance the sustainability of the company as a whole.

Please note: That all fields marked with an asterisk (*) are required.