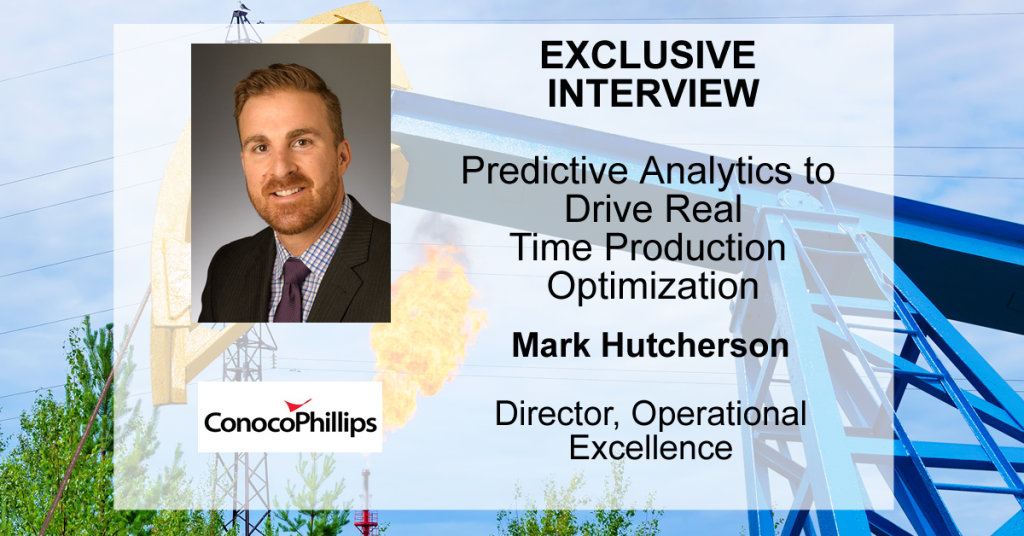 Mark, tell us about your background and your current role at ConocoPhillips.

I’ve been in the oil industry since 2001 and joined ConocoPhillips in 2006.  I’ve worked my way through various engineering roles which also included people management and oversight.  I am now in a niche role as Director of Ops Excellence.

Since 2015 our early programmes changed a lot.  We went from roughly 25 in-house subject matter experts to just three. OE remains in our global production organisation but where it used to be an organisation of corporate oversight and operational governance we’ve now evolved to a supporting role that assists our Business Units in continuing their OE journey in their own fit-for-purpose way.

OE has helped us push our independent Business Units and overall organization to a much higher standard.

Your Operational Excellence function decreased from 25 people to three in 2015. Was that prompted by the oil price downturn?

I’d say it was. These were lots of changes taking place in industry at that time as well as the need to adapt to the lowered commodity price and so I think it was convenient.  I also think the timing was very appropriate for us because the OE concept and what we were trying to push in our framework had already been so embedded.

The remaining individuals were brought in as subject matter experts. We sent them back to the Business Units to directly contribute to the work there, but Director’s of OE can also pull on those resources as needed when BUs ask for assessments or for us to assist them with operational challenges.

Where is the operational excellence function today and where are you spending the bulk of your time?

Our group is still small but we’re very active in our work with operations on continuous improvement of operational safety performance.  We aim to influence and align our global units which is very important to the company. There is also lots of opportunity and streamlining to look at as well as encouraging active [...]