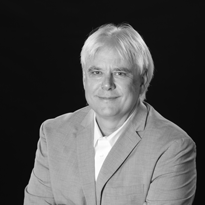 Earl joined Plantation Pipe Line (now part of Kinder Morgan) in 1988 holding various roles of increasing responsibilities in Engineering, Operations, Business Development, EH&S, and Management. Earl is currently Director of Engineering and Operational Optimization for Kinder Morgan Terminals. He has been active in the API since 1994 including: Subcommittee of Aboveground Storage Tanks (past Chairman); current co-chair of the API 2350 Tank Overfill Prevention Committee; and several other committees. He also served on the International Liquids Terminals Association Board of Directors from 2009 to 2015, including Chairman in 2014. Earl has been a Certified APR 653 Aboveground Storage Tank Inspector since 1993. Earl has a Bachelor of Science in Mechanical Engineering (BSME) and a Master of Business Administration (MBA) from Louisiana State University. He is a Registered Professional Engineer in 3 states.

10:20 AM Operational Excellence: Standardization and Optimization at Kinder Morgan Terminals

Kinder Morgan Terminals owns and operates approximately 60 terminals in North America – over 1900 storage tanks in total – most of which were previously built and operated by other companies. Early on, each facility operated independently, which caused a variety of issues long term. Earl Crochet, Director of Engineering and Operational Optimization at Kinder Morgan, will discuss how the company started on a journey towards Operational Excellence through standardization and optimization across their terminals:
• Instilling core SQE principals in the workforce and building an SQE culture
• Standardizing reliability and maintenance of operational assets
• How operational, financial, and customer excellence work together to
- Reduce TRIR from over 5 to 1
- Reduce spills and contamination
- Increase revenue and EBITDA

Check out the incredible speaker line-up to see who will be joining Earl.