At the recent LNG Bunkering Summit in Amsterdam, over 150 oil and gas professionals with a stake in the emergent LNG field gathered to share ideas, forecasts, and opinions on the fuel of the future.

Our editor was covering the event, speaking with delegates, and now we present the key takeaways for those of you who were unable to attend.

CNOOC, the China National Offshore Oil Corporation, employs nearly 100,000 people, and has an annual turnover in excess of $160 billion. Within this is CNOOC’s Gas and Power Group, the third-largest importer of LNG in the world – at just under 21 million tonnes per year – with the third-largest global contract volume.

CNOOC has been working in vehicle bunkering for more than a decade and is now making serious inroads into vessel bunkering – covering vehicles from heavy trucks and intercity buses to tankers and container ships.

“Chinese LNG development can influence Japan and other parts of Asia due to the size of its GDP and the strength of its ports. Hopefully, Europeans will use the fuel more in future.”

Qiao Yu, CNOOC’s GM of LNG bunkering projects, spoke on a major push within the group to fully gasify the Yangtze river – the longest river in China at over 6,000km long. With a GDP exceeding 90 trillion RMD in 2018, and seven of the 10 largest ports in the world, China may well emerge as the premier LNG superpower within the next few years – despite the majority of activity currently sitting within Western Europe.

Bunkering plans: 2020 and beyond

As part of its drive to cement itself as a global LNG player, CNOOC’s Gas and Power Group is developing two new LNG bunkering vessels at present, as well as 76 platform supply vessels between 2020 and 2025. There are also plans to build several shore-based LNG bunkering vessels, although exact numbers are not yet available. 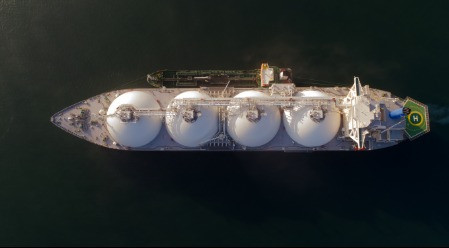 Despite being by far the biggest player in Chinese LNG, CNOOC is not the only player in China – so more LNG development could stem from other companies.

With the Ministry of Transport already entering the ECA sulphur limit of no more than 0.5 per cent mass by mass, restrictions are set to tighten yet further. From January 2020 all vessels entering China’s inland river ECA must use marine fuel oil of less than 0.1 m/m, and from January 2022 this limit will apply to the whole ECA.

Going into 2019, CNOOC expect a complete LNG bunkering system to be in place along the Yangtze river, the Beijing-Hanzhou canal, and the Xijang river by 2025. Within that time, it is expected that PTS (port-to-ship) and STS (ship-to-ship) bunkering stations will also develop in other waterways in China, with the Yangtze leading the way with 45 stations. Mr Yu described CNOOC’s approach as the “Four Part Strategy”, referring to LNG carrier ships along China’s river systems, LNG STS transfer, LNG STS bunkering, and LNG bunkering SIMPS.

A history of LNG

At present, there are 20 LNG receiving stations operating across China, and receiving 68.4 million tonnes per annum. However, the first LNG bunkering vessel – with a capacity of 14,000 m3 – was only delivered in May of last year.
There have also been some inroads made into LNG-powered passenger craft, with a small 3 m3 ferry starting operations in Dongjiang Lake “to preserve its natural beauty”. CNOOC have also explored the LNG conversions of old fishing boats and cargo vessels, with between 80 and 90 per cent of the costs covered by government subsidies, and the bunkering of international fuels along the coastal region.

If you're interested in this topic, make sure to check out our upcoming report on LNG bunkering this month.