4 Lessons the Oil & Gas Industry Can Learn From Tech Companies

There are some consumer sectors that have changed society. They have become something greater than commodities and have moved into the realm of cultural drivers. Both the oil and technology industries fall under this category. These sectors have made the world smaller by connecting cities, countries and continents. 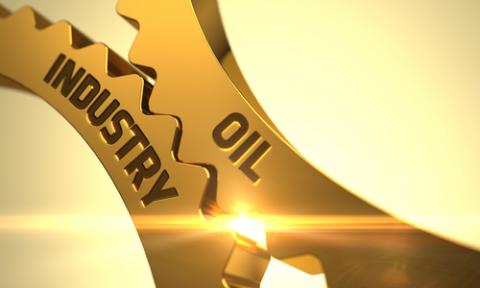 If we are going to look for lessons in the tech industry, it only makes sense to start with the best. Apple has been a leader in technology for decades and its successes in today's market have much to do with its diversification strategy. Apple uses what it calls “quantum strategy” because, like an electron, its products can fulfill two positions at once. Put more simply, Apple has its primary income generating products, like the iPhone 7 and the iPad, and then additional revenue lines that work with these primary products, such as music and cloud storage.

In contrast, the oil and gas industry has been developing ideas that could put its product lines out of business. For example, wind or solar power are direct competitors of oil, gas and coal. If businesses are going to pursue alternatives, then the oil industry either needs to change its scope or look for ways to support and enhance existing oil resources.

There are very few sectors that are more embattled in the press than the oil industry. Since oil companies generally advertise their research into alternative energy, there is a de facto agreement with the stigma. Most of this bad marketing has little to do with the company’s actual policies and more to do with the actions of lobbyists.

The tech world also is experiencing this problem. For example, Google was recently smeared by European newspapers because American lobbyists inappropriately approached members of Parliament. Google has since tried to flip the script by rebranding its lobbying as resource management and technical advice to the government. Like Google, the oil industry needs to show the public its positive attributes and principles and pull back the negative press that is generated by lobbyists. Both tech and oil companies also should reign in their lobbyists because they are doing more harm than good in many cases.

One of the reasons the technology sector maintains a good image is because it is a positive agent of change. Tech businesses give us electric cars and a way to call family in a different country. They let us translate our words for everyone to understand and protect our children with wearable devices. With that much good karma, we are willing to forgive a few mistakes.

Oil companies are beginning to see the value of becoming positive agents of change in the world. Norway’s government-owned oil and gas company, Statoil, has recently teamed up with UC Berkeley’s Center for Executive Education to identify principles of leadership and how they can be positively implemented. Some of these include personal humility, external orientation and accountability. Energy companies need to do a top-down analysis of their core principles, make changes as needed and present them to the public as benefits to society.

Both technology and energy companies have had their financial ups and downs; however, the tech industry seems to work it better. Part of this success comes from the way they monitor their financial statements through a filter of sustainability. They use a triple bottom line approach of looking at people, the planet and profit. By keeping these three Ps in focus at all times, technology companies have given themselves an edge over other fast-moving sectors. This is a valuable lesson the oil and gas industry could learn.