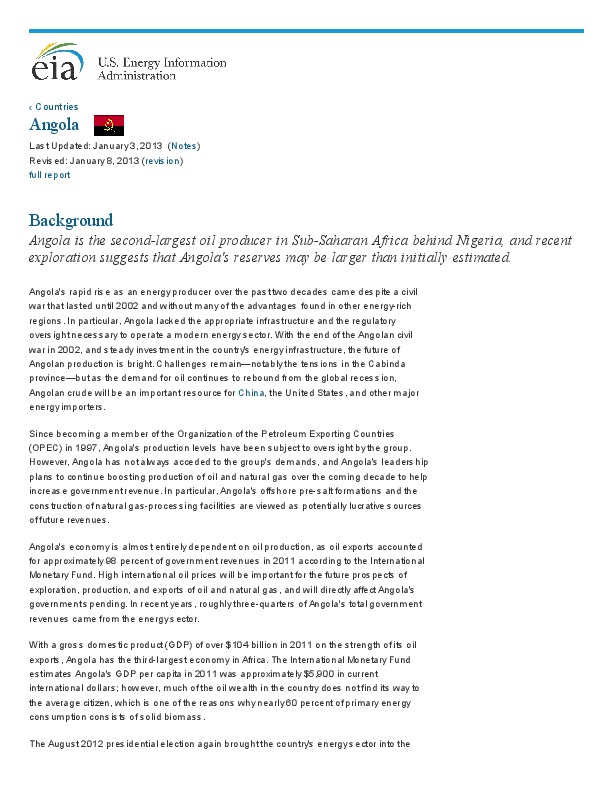 Angola is the second-largest oil producer in Sub-Saharan Africa behind Nigeria, and recent exploration suggests that Angola's reserves may be larger than initially estimated.

Angola's rapid rise as an energy producer over the past two decades came despite a civil war that lasted until 2002 and without many of the advantages found in other energy-rich regions. In particular, Angola lacked the appropriate infrastructure and the regulatory oversight necessary to operate a modern energy sector.

With the end of the Angolan civil war in 2002, and steady investment in the country's energy infrastructure, the future of Angolan production is bright. Challenges remain—notably the tensions in the Cabinda province—but as the demand for oil continues to rebound from the global recession, Angolan crude will be an important resource for China, the United States, and other major energy importers.

In this comprehensive 16 page report by the US Energy Information Administration (EIA) learn more about Angola’s history, present and future in oil and gas.