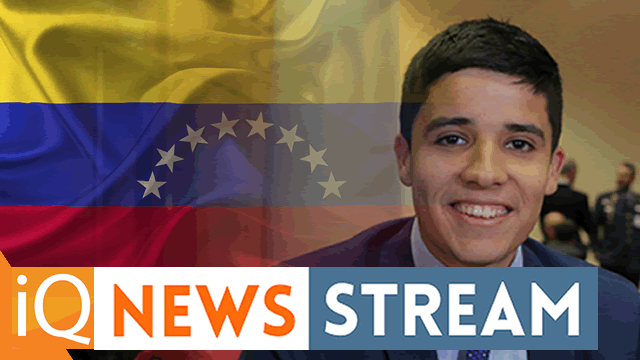 The full transcript of this week's episode of News Stream is available below.

According to Rystad Energy, recent sanctions from the US on Venezuelan oil are expected to affect refinery margins in the US, and to hit refiners extremely hard. However, a spokesperson also added that the Venezuelans may be more adversely affected than those in the US. Nevertheless a “meaningful blow” to both parties was predicted earlier this week, but does this prediction truly hold water?

At the most extreme, predictions for the total cost to Venezuela have exceeded 11 million US dollars within a single year, but most commentators agree that in real terms the actual outcome will be losses of significantly less than half this total. Lots of the oil that is currently sold to the US will be diverted to other markets, albeit at lower prices, which will help to recoup a significant portion of the losses.

With more than three million Venezuelans fleeing the country in recent years amongst worsening political upheaval, disputed president Nicolas Maduro (who also believes the US to be behind the ongoing challenge to the presidency from Juan Guaido) has called the US move ill-timed, illegal, and criminal.

Meanwhile, in the US, the sanctions on the Venezuelan authorities have been sowing fear in energy circles. However, according to various commentators in the States, they are unlikely to have a noteworthy effect on American refineries.

The US has been importing Venezuelan crude oil for several decades, but the volume has been decreasing significantly in recent years. These sanctions are therefore expected to accelerate this decline and completely eliminate US imports of Venezuelan crude within a few months. Given that most refineries have been gradually replacing their intake of Venezuelan oil with other types of fuel, US refinery runs should be broadly unaffected.

We are expecting the move to act as a catalyst for a movement towards lighter crude oil, along with the impending restrictions on heavy fuel oil. Facilities processing heavier hydrocarbons may struggle to source immediate replacements slightly more, but those refineries broadly had a lower dependence on Venezuelan oil, negating the issue almost entirely.

It is highly unlikely that the US will feel even a tenth of the brunt of the Trump administration’s decision.