Price woes have created a decommissioning maelstrom in the North Sea

The oil price collapse has seen decommissioning rocket to the top of the owner-operator agenda but is anyone truly prepared?

In the past 24 months, oil and gas companies have been rocked by prices that have dipped by as much as 70 per cent. The value of a barrel of oil has plummeted below the break-even point in certain sectors, making vast swathes of the oil and gas producing world unprofitable in the contemporary market (see below).

In the midst of the oil price rout, one region in particular is feeling the bite. With profitability predicated on prices exceeding $60, North Sea oil and gas fields, comprising the UK and Norwegian Continental Shelves (UKCS, NCS), have bourn the brunt of job losses.

Operators and service companies alike underwent huge culls: in the UK offshore hub of Aberdeen alone, up to 124,000 jobs were been axed. The Norwegian sector shed some 30,000 personnel.

However, a loss-making enterprise is not a fruitful one, and for the first time in the history of North Sea oil production, the eyes of concerned C-suite executives are looking seriously at decommissioning their ageing assets instead of extending their lifespans.

According to a recent poll conducted by Oil & Gas IQ, 51 per cent of professionals in the North Sea are working on installations that are between 20 and 30 years old. When North Sea oil and gas came online in the late 1960s, the permanent structures that were erected to serve the industry were often constructed with no specific shelf-life in mind.

In the UK, the decommissioning of offshore oil and gas facilities is governed by the Petroleum Act 1998 (adjusted by The Energy Act 2008), which implemented Decision 98/3 of the OSPAR Convention for the protection of the marine environment in the north-east Atlantic.

OSPAR was adopted in 1992 and was ratified by the 16 representatives of its contracting parties in 1998.

The scale of the job ahead

As of 2015, there were 1357 offshore installations operating in the OSPAR maritime area, of which 545 are fixed steel assets. Approximately 80 per cent of these fixed structures will come out of service by 2030 with an expected attendant cost of some £47 billion.

Oil analysts at global consultancy Wood MacKenzie, have speculated that even with a price hike in the near future, the swift drop in the value of a barrel of crude may entrain the closure of one quarter of the fields in the North Sea over the next five years.

If this is to come to pass, there are five hurdles that need to be vaulted in the short to medium-term. 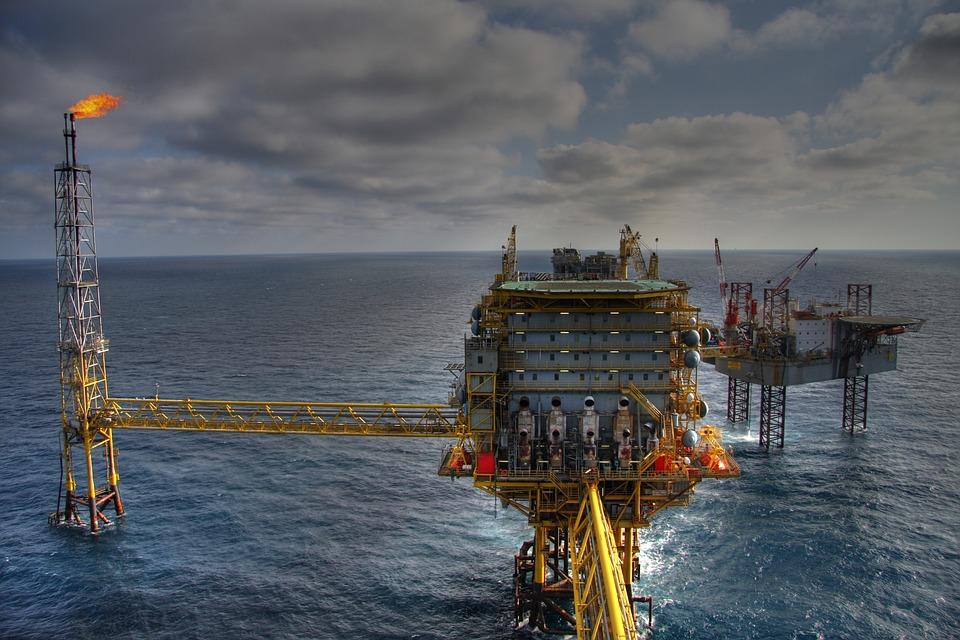 Up to this point, the decommissioning projects that have run their course in the North Sea have been on a relatively small-scale.

The decommissioning project initiated on the North West Hutton field, 130 km north-east of the Shetland Islands, is a good example of the tasks at hand.

The project required the removal of the topsides and steel jacket for onshore reuse, recycling and disposal. The jacket footings, drill cuttings pile, and import pipeline were to be left in place whilst the export pipeline was to have its protective equipment removed ahead of trenching and burial.

The removal of the jacket alone necessitated 224 subsea cuts and 22 heavy lifts to remove 58 separate sections of topside.

Some things are just not decommissionable

Aside from the steel structures that form the skeleton of offshore assets, supermassive undersea concrete structures need to be accounted for.

With some of these structures weighing in excess of a quarter of a million metric tonnes and standing in up to 350 metres of water, their size and constitution have made them permanent features of the seabed.

Unlike the Rigs-to-Reefs practice that has turned decommissioned structures into biotic habitats for sea-life in the United States, Brunei and Malaysia, the OSPAR convention has barred moves towards this in the North Sea.

Decommissioning in the classical sense is an impossibility with current technological limitations, so the best that can be hoped for is ensuring that these structures are safe and navigable for shipping and pose minimal threat in the future.

Decommissioning notoriously goes over time and over budget

Examples from the nuclear industry – where decommissioning has been in full swing for the past 30 years – have shown that the dismantlement of some installations has outstripped the time it took to build them by as many as five times.

Decommissioning costs that were initially slated at 10 to 15 per cent of total construction spend have overshot that by a factor of twenty.

So far, the decommissioning projects that have been completed in the North Sea have run an average of 40 per cent over budget.

With purse strings tight as it is, the probability of significant cost overruns will fill most C-level decision makers with dread.

The 24 months since the oil price slide have seen as many as 440,000 redundancies worldwide, as well as thousands of early retirements for veterans with three decades and more of experience in their fields.

Combined with the fact decommissioning in the North Sea is a comparatively unknown quantity and both the cost and scope of work are almost certain to creep upwards during the project cycle, one truth persists: an already limited pool of talent is evaporating fast.

In addition, the skills of those with prior decommissioning experience may not be as transferable as they seem.

Any dismantlement work that has taken place in less than 100 metres of water in benign conditions may not be relevant at three times that depth in the inhospitable murk of the North Sea.

Smaller players may have been wiped out

The most comparable equivalent we have with the most recent oil price drop, is cratering that took place between November 1985 and March 1986. In that five-month period, almost one third of all E&P companies in the US went out of business.

By the end of 2016, 100 US companies had filed for bankruptcy in oil-producing counties with a sub-$30 break-even price. That is 50 per cent less than the harsh economic reality of the North Sea.

Government and industry players are justifiably anxious that some of the smaller operators may not be trading when the time comes to meet their decommissioning responsibilities.

The insolvency of Tuscan Energy in 2005 brought into sharp relief the need to oblige companies on the UKCS and NCS to make the appropriate plans for fulfilling their decommissioning burden.

If you would like to engage our 148,000 strong community with a targeted lead generation campaign to showcase your decommissioning solutions, please contact Tim Haïdar at timothy.haidar@oilandgasiq.com