Geological Fieldwork In The Libyan Sahara: A Multidisciplinary Approach 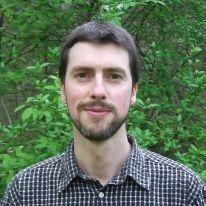 Libya is one of the most hydrocarbon-rich countries in the world. Its large oil and gas reserves make it attractive to international oil and gas companies, which provide the impetus for field-based research in the Libyan Sahara.

North Africa is made up of several enormous intracratonic basins, two of which are found in southern Libya: the Murzuq Basin, in the southwest, and the Kufra Basin, in the southeast, separated by the Tibesti Massif. Both basins are filled with Palaeozoic and Mesozoic clastic sedimentary rocks reaching up to 5 km in thickness.

These basins developed from the Cambrian onwards following an earlier period of orogenesis (the Panafrican Orogeny) in the Neoproterozoic. Precambrian metasediments and granitoids are unconformably overlain by Cambrian and Ordovician
conglomerates and sandstones. They show a transitional environment from continental to shallow marine.

Skolithos-bearing sandstone is common in Ordovician strata. By the Late Ordovician, ice masses had developed
across West Gondwana. Upon melting of the ice sheets in the latest Hirnantian, large volumes of melt water and
sediment were released that were transported to the periphery of Gondwana. In Libya, these sediments are predominantly highly mature sandstones, which, in many places, are excellent hydrocarbon reservoirs. Polished and
striated surfaces in these sandstones clearly point to their glaciogenic origin. Following Late Ordovician deglaciation,
black shale deposition occurred in the Silurian. Some of the shales are characterised by high values of total
organic carbon (TOC).

These shales are commonly referred to as ‘hot shales’ due to their associated high uranium content, and are the major source rock for Early Palaeozoic-sourced hydrocarbons in North Africa. Late Ordovician glaciogenic sediments and the Early Silurian ‘hot shales’ are therefore the main focus of geological research in the Libyan Sahara. Fluvial conglomerates and sandstones of Devonian age unconformably overlie these strata. Marine intervals occur in the Late Devonian, and the Carboniferous is characterised by shallow marine clastic sediments with carbonate horizons. Permian rocks are only known from subsurface drill cores and comprise continental and deltaic facies.

The centre of the Murzuq Basin has been relatively well investigated by drilling and seismic profiles. The basin margins, however, lack detailed geological investigation. In comparison, the Kufra Basin is underexplored with few boreholes drilled. Our studies have focused on the eastern and northern margins of the Murzuq Basin and the northern, eastern and western margins of the Kufra Basin.

The main objective of fieldwork has been to characterise the Infracambrian–Lower Palaeozoic stratigraphy, deduce the  structural evolution of each study area, and to collect samples for follow-up analyses including provenance studies and  biostratigraphy. In addition to outcrop-based fieldwork shallow boreholes up to 70 m depth were successfully drilled in the  Early Silurian shales.

The unweathered samples retrieved from two of the boreholes have been used for biostratigraphical and whole-rock geochemical investigations. The provenance study of the sandstone succession with conventional heavy mineral analysis together with U–Pb zircon dating provides, for the first time, an understanding of the ancient source areas. Because most of the Early Palaeozoic succession in southern Libya is barren of fossils, heavy mineral chemostratigraphy is moreover used as a correlation test on surface outcrops in the Kufra and Murzuq basins.