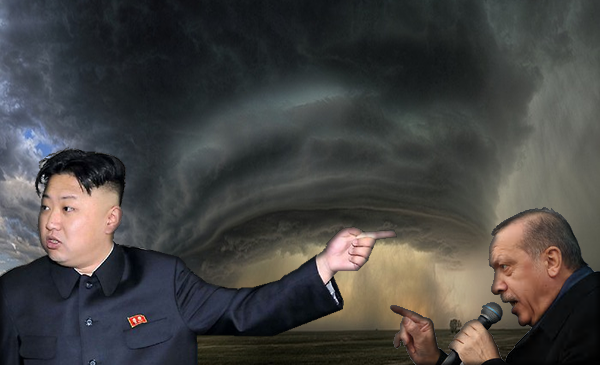 Whilst this represents an unexpected turn of events for some - especially given that an Act of Parliament will need to be repealed to allow a plebiscite outside of a five-year fixed-term - two more significant geopolitical stories are rumbling ominously to the East of London. Both could quickly become flare points for energy chaos at the least, or panglobal conflict in a worst case scenario.

Some 8,700 airline miles from the Palace of Westminster, belligerence is brewing in the North Korean capital, Pyongyang. Bellicosity is usually an afterthought for the Neo-Stalinist regime that has ruled the upper half of the Korean Peninsula for the past 49-years. Unfortunately, somebody seems to have neglected to inform the Kim cabal that the same appears to be true for the Trump administration. History shows that when two gunfighters with itchy trigger fingers come together, somebody gets shot, so we will all be hoping that a standoff becomes a stand down.

Baring a nuclear conflagration in East Asia, protracted tension could significantly disrupt the global energy balance. South Korea is the world’s second largest importer of natural gas and the fifth largest refiner of petroleum products, there will be no smoke without fire if the rhetoric of aggression becomes a reality of violence.

Perhaps more significantly, in the Turkish capital, Ankara, President Recep Tayyip Erdogan declared victory in a referendum that has allowed him to stay in his position until 2034, when he would be 80 years old. The narrow victory accords the incumbent premier control over the judiciary, powers to make law by diktat, the eradication of the office of the prime minister and of the parliamentary system at large. Effectively, the Neo-Ottoman pretender has been voted a dictator.

By dint of its transcontinentality, Turkey is a key transit point for energy flow both below ground and by sea. The port city of Ceyhan, on Turkey’s southern coast is a transportation hub for Middle Eastern, Central Asian and Russian oil and natural gas. In the north west, the 31 kilometre-long Bosphorus strait connects the Black Sea to the Sea of Marmara and, by extension, the Aegean and Mediterranean. Up to three million barrels of crude oil cross this energy chokepoint in tankers on a daily basis, roughly seven per cent of the world’s seaborne oil trade.

Should Erdogan decide to shake things up with regards to his allegiance, perhaps exiting NATO in favour of the Shanghai Cooperation Organisation (SCO), the Eurasian republic could assume a more divisive role in both the global political and energy patchwork. As 2017 rolls on, the political surprises continue to fly past apace.

We look to the heart of the whirlwind for respite and find nothing but dust in our eyes.