With thoughts of the route up to an oil price recovery firmly trampled in a retreat back to $45 per barrel, the spotlight falls on the municipal and state microcosms of oil dependency: Aberdeen and Venezuela. 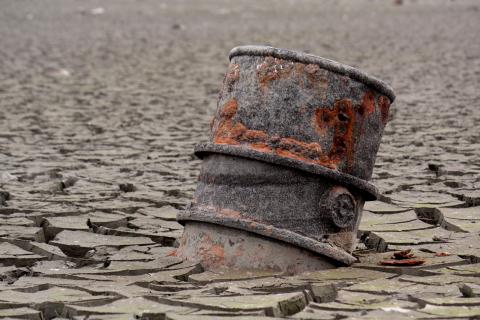 Where the River Don kisses the North Sea on Scotland’s northwest coast, its third most populous city is lapsing into retrogression.

Since the first days of the oil price nosedive that began in 2014, the “Oil Capital of Europe” has suffered an incomparable decline. Before the price crash, the UK oil industry is estimated to have supported more than 450,000 jobs across the oil and gas supply chain. By the end of 2016, that figure is forecast to dip to less than 330,000, the majority of the losses in Aberdeen.

The population of the city has dropped by almost 15 per cent since the 2012 census, and tax receipts from North Sea oil are set to fall to almost nothing after a peak of £9.6 billion four years ago.

Even more worrying for an industry that is already in the throes of the Great Crew Change, is the fact that two thirds of 16-35 year olds are thinking of leaving the Granite City for economically-greener pastures, potentially stripping the city of its next generation of intellectual capital.

Almost 8,000 kilometres away in a country of thirty million souls, an already broken economy is plumbing new depths. The Bolivarian Republic of Venezuela is in the grips of a brutal double-digit recession. The country has the highest inflation rate in the word, currently topping 500 per cent. Shortages of contraceptives and the basics for childcare have led to widespread cases of infanticide. People are beaten to death for car tyres, the entire country experiences rolling blackouts and 50 animals in Caracas Zoo have starved to death in the past months.

At a time when the other 12 members of the Organisation of Petroleum Exporting Countries (OPEC) are pushing their oil production to new highs, Venezuelan production has hit its lowest levels since 2003 amidst crippling conditions.

In a country where 96 per cent of exports are derived from petroleum products, but everything is conspiring to hamper the functioning of the fundamentals of modern life, the South American nation is caught in a vicious cycle with no ostensible end to its circuitousness.

Our blessings can so swiftly become our curse....