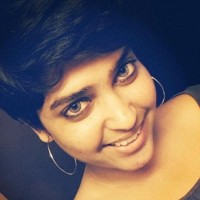 To realize growth and profits in the business world, there must be a particular way of doing things. Six Sigma refers to a business management strategy that encompasses the implementation of quality attainment metrics to enhance profitability and client satisfaction while eliminating deficiencies within the organization. Borrowing its terminologies from martial arts belt classification system, Green Belts are different from Black Belts by a significant magnitude.

Hierarchical Locations, Length of Training, And Scope of the Work

In fact, Six Sigma is composed of a hierarchical system akin to martial arts albeit there is a myriad of discrepancies among each of the levels therein. Green Belts are essentially the second tier of the Six Sigma training. From a few days of intense Six Sigma training, Green Belts may go to two weeks. They are expected to solve projects falling under in scope, and while they aren’t exposed to the advanced Six Sigma concepts, they can’t solve those tough problems.

By now you must have noticed that White Belts are the first level that undergoes a tough training. The third level, the Black Belts is identified by their long and more detailed version of the Six Sigma training. From a week to a maximum of four weeks, they will then be expected to work on different from the Green Belts. They will solve those more complex cross-functional projects that are vital to the firm.

A green belt individual can be likened to a ‘newbie’ or naturally ‘Green’ in the system. He’s getting introduced to the tips and techniques of an excellent Six Sigma or Lean project execution. Green Belts have the fundamental training in project implementation tips; Measure, Analyze, Define, Improve, and Control.

Once a green belt shows a real knack for Six Sigma, likes it and goes ahead to deliver several satisfactory result, he’s graduated into a black belt. It’s perhaps the reason the former engages in crucial problem-solving technique, far more than what the latter can even attempt.

While Green Belts work under the supervision of Six Sigma Black Belt, they are expected to exhibit knowledge of Six Sigma processes and can reliably lead Green Belt teams and projects. Comparatively, Black Belts understand the Six Sigma methodologies with superior precision and are an organization’s agents of change or ‘the worker bees.’ They assign responsibilities to the Green Belts and supervise them.