Editorial: pink or blue? Hedging your bets for newborn woes 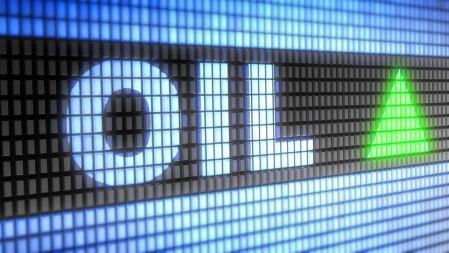 After the price of Brent crude slid to its lowest point since 2008, oil markets put on a slight rally to hit $38 per barrel this morning.

The last time that oil was at this level, the world was reeling from the manifestation of a financial contagion the likes of which had not been seen since the 1930s. In 2015, the low oil price continuum is squarely attributed to the 2.2 million barrels of daily oversupply emanating from the 13 members of the Organisation of Petroleum Exporting Countries (OPEC).

Aside from geopolitical factors, the cyclic onset of the "warm phase" of the El Niòo Southern Oscillation (ENSO), has meant that the seasonal demand boost for fuel oil has greatly diminished, countermanding the usual midwinter price spike.

According to energy industry consultants, Graves & Co, a quarter of a million oil and gas jobs have been axed across the globe in 2015. Service companies have borne the brunt of this cull with some 80 per cent of losses occurring amongst the largest multinational contracting firms, such as Schlumberger, Halliburton and Baker Hughes.

As the year draws to a close, a number of market experts have warned that 2015’s malaise may well extend into the far reaches of 2016, with oil prices possibly plumbing the depths of $20, a level not seen on the Brent charts since 2002.

Despite the best efforts of the OPEC cartel to keep prices low, output in the rest of the oil-producing world is set to slump in the coming 12 months, as fewer new wells are drilled and yields concomitantly decline. Perhaps paranoia would be advisable as we venture into the bracing first weeks of 2016?

That, and hedging your bet with the colour of baby clothes in the January sales….