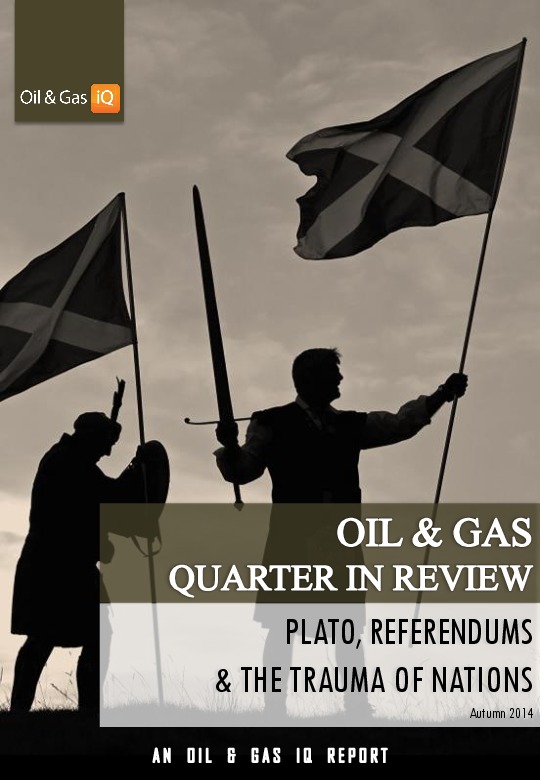 A Note From The Editor…

The third quarter of 2014 has been dominated by the two issues, of geopolitical significance: one, a continued malevolence in the Fertile Crescent, the other, the culmination of a political concern that has been brewing for the last 300 years.

The gains of radical military force ISIS in war-torn Iraq and Syria at the barrel of a gun have played out at the same time as the push for Scottish independence in the United Kingdom came to a head and was quashed at the ballot box.

In the same period, the up-and-coming BRICS nations signed a charter to create a fiscal body to rival the International Monetary Fund (IMF), Kurdistan sold its first shipment of oil in an ostensible thrust for sovereign statehood, and well-publicised cyber security breaches gave celebrity A-listers and oil companies alike a splitting headache.

What treats does Q4 have in store for us? Can’t wait to find out….