US energy independence a pipe dream? 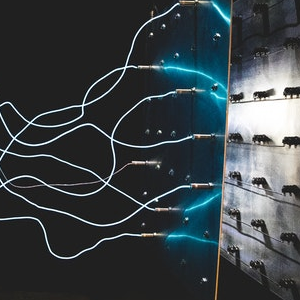 It’s official, the United States has overtaken the Russian Federation as the largest crude oil and natural gas producer in the world. According to the Energy Information Agency (EIA), in July 2013 the US produced 200,000 more barrels per day of oil equivalent than Russia’s 21.8 million barrels.

The source of this prodigious growth? Domestic exploitation of shale gas and oil across the patchwork of shale formations that underpin the contiguous United States, prime of which are North Dakota’s Bakken and Texas’s Eagle Ford.

Hydrocarbons are estimated to account for about 40 per cent of America's $750 billion annual trade deficit, yet since the first echoes of the shale boom were heard in 2008, US natural gas imports have fallen by just under a third, and oil by 15 per cent. This has prompted many to declare that the US could become a major hydrocarbon exporter in the decade to come with as much as $600 billion injected into the domestic economy as a consequence.

As we discussed here, only five shale plays account for 80 per cent of production in the US shale boom. High individual well decline rates and short sweet-spot lifespans mean that production is far from exponential - the Bakken and Eagle Ford are set to peak and decline in early 2017 and mid 2015 respectively.

Development of crucial infrastructure is also in the balance, and if vital concessions aren’t made in debt ceiling negotiations, the pipedream that is energy independence might remain just that, and all the horses in the race may as well stay stabled.