With the conclusion of phase 1 of the oil and gas industry's spotlight trial, there will be no further court testimony until phase 2, now scheduled for September 16th. Phase two will look at the events after the blowout, largely the attempts to cap the well and the pollution and clean-up operations.

The judge has given all parties until June 21st to submit their conclusions from phase 1 and to offer their proposals for his ruling. Interestingly though, he also issued these seven questions which give some insight into what he might be thinking:

For me, questions 6 and 7 sum up the real issues in the case. We can all debate the technical issues and formulate multiple scenarios for what actually happened but the real question remains

BP has largely based its defence upon compliance with industry standards and also holds that all aspects of the well were approved by the US regulators. The court will ask though if this was enough. Following Piper Alpha, the Cullen enquiry recommended that regulations should require operators to do all they can to prevent incidents; mere compliance with a set of prescriptive regulations was just not enough.

That’s why we have safety cases.

There is already a tacit acceptance in the States that something there will have to change. It will be interesting to see if changes goes beyond the operators to include the roles and responsibilities of the regulators and perhaps even API and the classification societies.

I have talked before about the ‘Titanic defence’; i.e. ‘we had enough lifeboats to meet all the regulations, so it is not our fault that there wasn’t enough for all the passengers’. Over a hundred years later that is pretty well BP’s position on Macondo. I don’t think the judge will buy it.

But the pressure is on all of us. Are we really committed to using the best available technology? We could go further and ask whether are we also doing everything we can to develop that better technology?

As we push back the frontiers of hydrocarbon exploration, that begs the further question of who is responsible for research and development? Many of the majors have reduced their research activities. Surely the least they are obliged to do is to buy the best oil and gas technology from service and engineering companies who have been prepared to make the research investment.

In the USA that could mean opening up to better practices from other parts of the world. But can the rest of us afford to be complacent? I think not. Events show not.

When Macondo blew out more than three years ago, it sent a tide of ripples - both physical and figurative - across the Gulf of Mexico. Perhaps more are headed our way now. It might be worth reviewing industry practices and our own position on best and safest technology. The last thing we want to do is relearn the lessons of Piper Alpha the hard way. 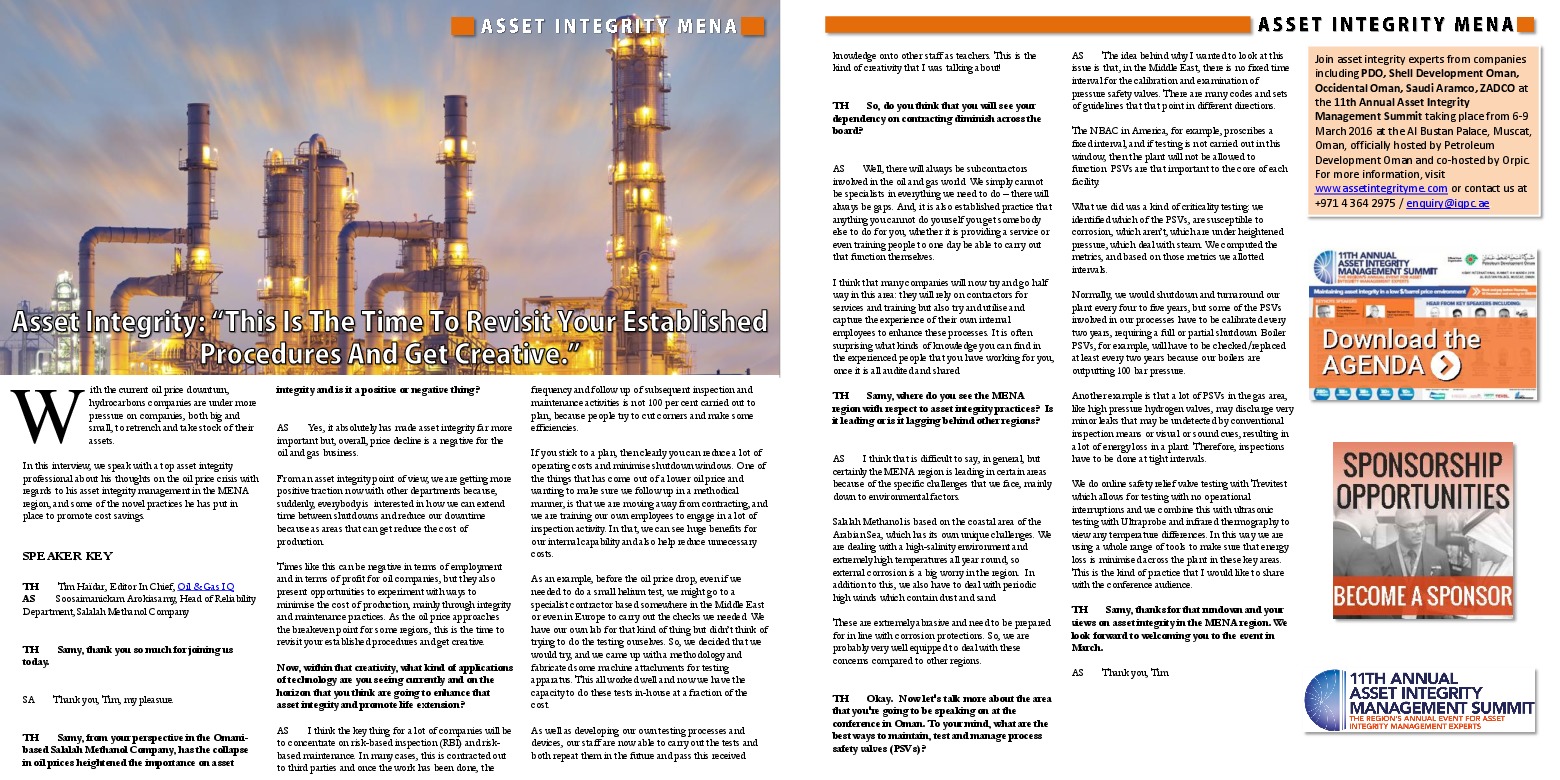