The pitfalls of contracts 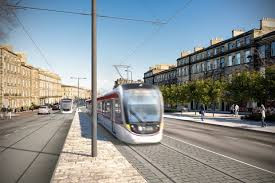 Last weekend the Scottish papers all carried reports on the state of the Edinburgh tram project. Originally intended to link the city centre with the airport and the redevelopment area along the city’s waterfront, the project has degenerated into chaos with progress at a virtual standstill. It is estimated that 85% of the original budget is spent with less than 40% of the works completed. Last week the city council and the main contractor thrashed out a deal which could see around half of the original scope delivered for an additional £200m funding.

No doubt we can all point the finger at the public sector and its poor record on major projects, but is our house in order?

The problems of Edinburgh are characteristic of many projects and trouble may be lying just below the surface in even the best run ventures. The real story last week was that an agreement had been reached and that changes have been made that might just save the project. This begs the questions that I have often asked before. Why does it take a crisis or disaster before we make such changes? Why can’t we get things right from the start?

The first thing to acknowledge is that problems are more likely to be client’s side rather than the contractor's. In resolving the Edinburgh disputes, the contractor won the majority of adjudications; hardly an endorsement of the council’s claim that the contractor was ‘a modern-day Dick Turpin holding a pistol to our heads’. The fundamental point of contracting is that there should be a benefit for both sides. This is often ignored on the client side where managers see their job as ‘squeezing the contractor’ and spend much of their time looking for someone else to blame for the project’s problems. The measure of success becomes ‘no one points the finger at me’ rather than ‘good progress is being made’.

Some years ago I was involved with a UK rig build where the client’s leader boasted that no yard in the States would build a rig for him, the implication being that he did such a good job on behalf of his company. He saw that as the measure of his success and he didn’t care about the outcome of the projects. He also failed to see the irony in his company being denied access to a huge number of competitive suppliers. He was eventually replaced but not before the project had lurched into crisis. Now where have we heard that before?

Project management, particularly on the client side, is sometimes seen as simply following the route mapped out in the contract. Surely anyone can be a good manager given a well written contract with a well defined scope and a fixed budget? All that is needed is a tough no nonsense approach! Oh that it were that simple!

One of the biggest problems in Edinburgh has been with dealing with the ‘unexpected’ when rerouting underground services. Apart from old pipes and cables archaeological sites and even human remains have been discovered. Surely a city which has built a huge tourist market on the back of its ghoulish history should have expected these problems. Not only was no provision made for the unexpected, there was not even anticipation of issues that were expected. Things dismissed as ‘unintended consequences’ should more accurately be described as ‘things we didn’t think of’!

Systems thinkers talk about the importance of our organisations being able to absorb variety. This is never more true than in the project arena. It is no good pretending that variation will not happen and a project which relies on ‘nailing the contractor to the wall’ when variation occurs is doomed to failure. It is just as bad to just ignore variation and pretend it will go away, things will soon begin to fester and unravel.

When Warren Buffett talked about the need to have ‘some skin in the game’, he was referring to executives using their own money to invest in the company they run. The idea of course is that the company will be managed better if executives have a personal stake in the outcome. In a similar way project teams would do better to realise that both sides have their corporate ‘skin in the game’ whether they like it or not. Client staff in particular should remember that contract accountability cannot be contracted out; if the contractor fails, you fail.

Competitiveness is a good thing but it is important to realise who your competitors are. In a contracting situation the competition is not between the client and the contractor teams, but is rather between the combined project team and the project itself. We often overlook the fact that in many large projects there is no ‘human’ opposition; we are not directly competing against a similar team. Most of us get a boost from competition but where it doesn’t exist the client/contractor relationship should not be used to fill the vacuum. Oil and gas companies compete against each other; contractors should be seen as allies in that competition.

Project targets can be false and misleading. It is important to ensure that any targets and measures are there to facilitate the completion of the project rather than to make things difficult for the contractor. Often the outward appearance of a project is that everything is on target but in reality there are serious problems which are not being measured. It is doubly frustrating when managers think they can discharge their duty by using targets to punish the contractor when such targets are irrelevant in the first place!

When projects go bad it is important that managers concentrate on the way forward and not become obsessed with looking back or searching for the guilty. Looking back and learning lessons is important but it is a different exercise done at a later time. When things go wrong a manager should assess his frame of mind and ask ‘is it my job to sort it or is it my job to blame somebody else?’ A well run project will come together to pool its strengths when the going gets tough. A badly run project will split along its fault lines.

Let’s leave the last word to the leadership of Edinburgh City Council on how things have, hopefully, changed for the better

‘… the antagonists have been removed from the battlefield…………..there has now been a more conciliatory approach to the contractors which can only be for the good of the city because we do not want to see money thrown into a pit…………

We now have a far better chance of completing the project with a more sympathetic partner, when before antagonism appeared to be the order of the day….’

Trams in Edinburgh may seem a long way from the world of oil and gas, but is it perhaps worth taking ten minutes to reflect on some common themes?