How an accident transformed US energy outlook 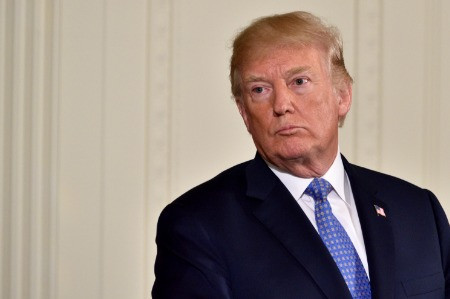 It’s hard to imagine that just seven years ago the future of the U.S. oil and gas industry - oil production was in steep decline and natural gas discoveries were diminishing.

The United States had been running on fumes, and a growing dependence on foreign energy resources forced the country into some costly entanglements. It seemed that an energy vulnerable U.S. would be forced to depend on Russia and other energy rich nations for fuel.

But an accidental discovery and a tenacious George Mitchell, driven by his determination to save his company, changed everything.

Despite several failed attempts, the disbelief of their peers, and the shuttered shale drilling operations of some of their largest competitors, Mitchell and his team finally found success by drilling and "slick water" fracturing extremely dense shale – a move that would alter the course of history.

Today, record oil and natural gas production is revolutionizing the United States’ energy position and altering the geopolitical spectrum. The U.S. is now the fastest growing producer of oil and natural gas and is on pace to pass Russia as the world’s largest energy producer.

The United States now produces over 7.7 million barrels of oil per day - an increase of over 50 percent compared to 2006 figures, and the highest level of oil output the nation has achieved in nearly 25 years.

In just five years, fracking, horizontal drilling, and the advent ofbig data in oil and gas have reduced oil imports by 45 percent, added over $400 billion per year to the economy, and have attracted nearly $200 billion in direct foreign investment in the U.S.

George Mitchell would be proud. Fracking and shale production are creating a more energy secure United States, and are bringing prosperity to previously impoverished regions throughout the nation.

Impressive statistics and news headlines demonstrating the ripple effects of the shale oil and gas boom are inescapable. For instance, the U.S. shaved roughly $175 billion off the country’s trade deficit last year and the average annual U.S. household income increased by $1,200.

In addition to increasing the United States’ energy security and providing financial relief for American households, the abundant supply of low-cost energy is revitalizing the energy-intensive manufacturing sector, the steel industry, and has created a scarcity of chemical tankers due to a surge in U.S. chemical production.

Energy-related costs are a significant operational expense for these industries. In fact, the manufacturing industry is the largest energy consumer in the United States and uses roughly one-third of the nation’s energy.

These energy-intensive industries have a significant impact on many aspects of modern-day society. Because of this, the trickle down effects of the shale oil and gas boom are essential to the recovery of the U.S. economy, and are providing an array of economic benefits in an otherwise unpredictable climate.

More columns from this author