On this day in oil and gas: October 18 - Alaskan transfer 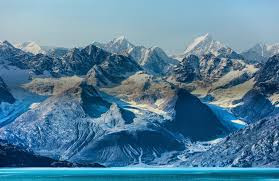 October 18th, 1867, Sitka, Russian America, The Russian Empire – It is cold and a soldier is stuck at the top of a flagpole. He is the third person that afternoon to be charged with pulling down a tricolour flag that had become hopelessly entangled atop a wind-battered spar. The first attempter had got the flag entangled in the first place, the second slipped down the pole and almost killed himself.

It was a case of third time lucky, and as the soldier touched the ground flag in hand, a band began to play and shoreline cannons boomed out in celebratory acclamation. A new standard of red, white and blue was hoisted in it’s place, amidst further cannonades from mist-covered ships off the coast. Solemnly, Captain of 2nd Rank Aleksei Alekseyevich Peshchurov approached and saluted a moustached man with 2 stars on each shoulder strap. "General Rousseau", he said "by authority from His Majesty, the Emperor of Russia, I transfer to the United States the territory of Alaska."

Russian America became the Department of Alaska, the District of Alaska, the Alaska Territory and then the modern state of Alaska in 1959. Known as "Seward’s Folly" at the time for the Secretary of State that negotiated the deal, the Alaska Purchase became anything but madness after gold mining started in the Yukon in 1870 and oil was struck in 1896. Peaking in 1988 at about 738 million barrels, Alaskan oil once accounted for 25 per cent of total US oil production. In 2012, it was nearly 192 million barrels or about 8 per cent. Not bad for the $7.2 million America paid for it, which nowadays would barely get you 65,000 barrels!

Q: Mississippi gave Missouri a New Jersey, so what did Delaware?