Tom Brady is now Number 2 on the all-time list for hoisting the NFL Championship Trophy. Number One on the list is still Cleveland Browns quarterback Otto Graham with six, including four from the All-American Football Conference, but, for the modern era, Brady is certainly The Man. His recent performance in Super Bowl LI was truly one for the ages. For the Atlanta fans, having watched my hometown team blow a 35-3 lead in a playoff game, I do feel your pain. Today I want to use some of the events from the game as examples for the compliance practitioner to consider in your compliance program.

At one point in the fourth quarter, Atlanta had a 99.7% chance of winning the game. This means New England had a .3% chance of winning. While pollsters were drubbed for their abysmal predictions surrounding the Brexit vote and US presidential election, this number from the Super Bowl would seem to be of a magnitude as to simply being beyond belief. How could such a number be both so high and so wrong at the same time?

The problem is that it was always a bogus number because it simply could not take into account enough variable qualitative factors and factors which belie quantitative analysis. I am not talking about the ‘heart of a champion’ or that never-say-die spirit, although these have yet to be correctly correlated, but much simpler factors such as whether the defensive players for Atlanta were simply too gassed to keep up with the New England scat back receiving corp. from the first half, where Atlanta had put on a text book offensive display; cold efficient and clinical. However, it was all done very quickly scoring so fast that the Atlanta offensive was not on the field for long periods of time. Rather it was the New England offense which was on the field but holding the ball not scoring.

A second variable factor for the 99.7% number failed to take into account the very Tom Bradyness of Tom Brady. Before this Super Bowl, he was one of the top quarterbacks of all time. He is an efficient passing machine who has long been able to dissect defenses well before the ball is snapped. Even down 28-3 New England still had Brady at the helm and that Bradyness came through in the final 10 minutes of the game. He knew not only what to do but how to do it.

Another variable factor was the professionalism of the Patriots receivers, most specifically the Julian Edleman catch. One cannot call it luck unless one subscribes to the product of luck as, “when preparation meets opportunity, luck occurs”. The Edleman catch was no more luck than the David Tyree catch which led to the defeat to the Patriots in Super Bowl XLII or even the Julio Jones catch on the sideline in this Super Bowl LI. All three plays were incredible catches from professional receivers who train for just such instances.

This failure in data analysis points to a problem for every compliance practitioner. What is the right analysis to use? Further, how do you even know you are looking at the right data? What does all the data mean? Looking at it from another perspective, what data does a Chief Compliance Officer (CCO) need to make a correct assessment of risk? A simple example might be if there are few to none hotline reports, does that mean there are no compliance issues percolating out in the regions? What about the actual data you receive, do you get information on the company’s charitable donations outside the US? If you do are you able to correlate it to any sales spikes for those regions? Even more basically, do you know or put on notice when you see a sales spike in a geographic region outside the US?

For Atlanta, its players, coaches and fans; they will long be ruing the sequence after the Falcons recovered the Patriots onside kick with 6:38 left. This led to the incredible Julio Jones catch, putting the Falcons on the New England 23 with a fresh four downs. One would have assumed the Falcons would try and run the ball to (1) protect their field position so that they could kick a field goal and put themselves up by 11 points, thereby requiring two scores by the Patriots and (2) run time off the clock so the Patriots would not still have five minutes left in the game. Inexplicably the Falcons attempted to throw the ball three times. The result was incomplete pass, sack and a holding call which accomplished neither of the goals they should have had at that point. The worse result was that the sack and holding penalty took the Falcons out of field goal range. When the Patriots got the ball back, they promptly drove down the field and scored to tie the game.

While it is always difficult to pinpoint one play or even a series of plays in a game which costs a team the win, this series may well have been one for Atlanta. Did the Atlanta Offensive Coordinator feel that he could successfully run a series of passing plays because they had done so in the first half? Did Atlanta feel they had to try and put the game away with another touchdown because their defense was being torched by Brady? Less charitably, did the Atlanta coaching staff simply choke under the pressure of their biggest career moment on the biggest football stage in the world?

For the CCO or compliance practitioner, the answers to these questions really do not matter as there is a response which would have forestalled all the negative results. That action is called planning. Atlanta should have planned for the eventuality they would have such a lead in that situation and had a series of plays ready. For the CCO, this means you need to have an investigation protocol ready if and when you receive a tip of bribery or corruption, illegal under the Foreign Corrupt Practices Act (FCPA). When you are in the middle of crisis is not the time to be figuring these things out because under times of extreme stress, the decision making process is sub-optimal.

Even worse, imagine you wake up to find your company’s name pasted across the front page of the New York Times (NYT), Wall Street Journal (WSJ) or Financial Times (FT) accused of bribery in Mexico or any other country. If that happens you will immediately be meeting with your Chief Executive Officer (CEO) and probably on a con call with your Board soon thereafter. You should have an investigation protocol in place, notifying the appropriate stakeholders and parties both internally and outside your company.

Of course it never hurts to practice. While it would be impossible to recreate the tensions involved in a Super Bowl, teams can and should practice situational decision making. If Atlanta had done so on the practice field, both the coaches and the players would have had a sense of where they were going and how they were getting there as well. Unfortunately, apparently they had nether the practice nor the situational awareness.

Here’s another (yet another) tip of the Super Bowl trophy to Mr. Brady. Great job and I’m looking forward to seeing what you can accomplish at the young age of 40 next season.

Disclaimer: The views and opinions expressed in this article are those of the authors and do not necessarily reflect the official policy or position of Oil & Gas IQ. This article was orginally posted at the FCPA Compliance Report and is reproduced with permission from the author. 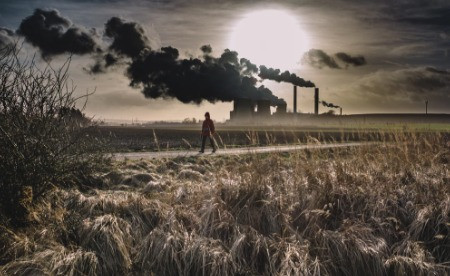