Gavels In the Gulf: The BP Trial - Week 5 In Review

Week 5 saw Transocean completing their case and Halliburton starting on theirs. Some issues which have previously been raised were flogged even harder and some new ones emerged. Transocean fielded two further witnesses, a current MODU Captain who was Chief Officer on the night of the disaster and their Maintenance and Technical Support Director, who also led their internal investigation. The key themes for this week were

This issue was again picked over at length. The lawyers bash this backwards and forwards and it resembles a never ending base line tennis rally. We have heard testimony before about the un-seaworthiness of the rig amounting to ‘reckless neglect’ but Transocean were able to show an extensive catalogue of inspections and audits, all done by reputable bodies including DNV, ABS, USCG, MMS and BP themselves.

Transocean claim that nothing was hidden and point to the reputations of these bodies. They say that any one of them could have had the rig taken out of service had they felt the need. The vessel never lost its classification and no auditor, including BP, ever said the rig was unsafe. In its lifetime the rig had been visited 88 times by the MMS who would have taken any issues of non-compliance straight to BP. There were none.

Transocean said that were no corporate budget constraints which could lead to any ‘run it hard and fix it fast’ philosophy. Their position remains that whilst there were outstanding items, none of them contributed to the blow out in 2010.

Marine Operations and Chain of Command

A key issue in the trial is going to be the apparent ambiguity in the command structure, particularly regarding the Captain and the OIM. Transocean explained that on the Station Bill the Master always had the over-riding authority but the ‘person in charge’ changed depending on whether the vessel was underway or drilling. But it was pointed out that a DP rig is always technically underway so where does that leave us?

The plaintiffs’ lawyers are focussing on the OIM being driven by commercial considerations rather than the safety of the operation. They wanted to know exactly when the authority shifted from the OIM to the Master as well control was lost on the night. It will be really interesting to see what the court makes of this.

Irrespective Transocean said the key thing was communication and that on the night, considering the speed and the severity of events, things worked well and 115 people got safely off the rig.

That concluded Transocean’s case and the court moved on to witnesses called by Halliburton. These included their cement services co-ordinator who was on-board Deepwater Horizon for the cement job followed by an expert witness who testified about the hydrocarbon intervals in the well.

We didn’t hear a lot that was new, but Halliburton highlighted their concerns about the decisions made by others, particularly BP. These included the fact that a full bottoms up circulation was not done and that that only six centralisers were run, both of which could have compromised cement integrity.

It took nine attempts before the float collar converted and subsequently the circulation pressure was low. Conversations had been overheard that ‘we may have blown something higher up the casing’. However the job was pumped and the plugs bumped as expected. All seemed good and a waiting time of around nine hours followed.

That was despite evidence we have seen from others that lab tests showed that the cement would only develop full strength 24-48 hours after pumping. We will hear much more about cement testing before this trial is through.

That aside, it was claimed that the cement job went fine. There were full returns and the pressures during pumping were as predicted.

On cross examination BP confirmed that Halliburton did not raise any safety concerns arising from the lack of centralisers and full bottoms up circulation. Halliburton replied that these were not issues of safety but they could lead to remedial work if the cement integrity could not be proved by logging or by means of the negative test. The negative test and the cancellation of the cement bond log was not down to them

Halliburton’s final witness of the week was an expert petro physicist. He had reviewed all the logs and documentation relating to the hydrocarbon bearing sands in the Macondo well. Using the wire line logs he demonstrated that there was another gas bearing sand approximately 300 feet above the highest interval identified by BP. This compromised the MMS regulation that says top of cement must be 500 feet above the uppermost hydrocarbon zone.

Analysis of the documentation showed that BP was aware of this additional zone because it was factored into the well kill analysis done immediately after the incident.

The expert made no claim as to whether this additional sand was causal to the blowout but no doubt we will hear more in due course. 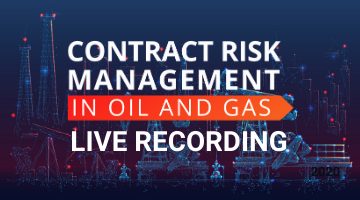