Downstream Technology: At The Forefront Of Emissions Reduction 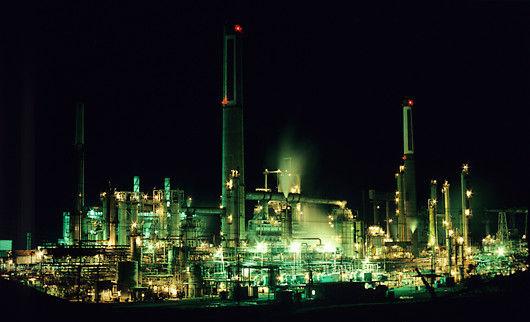 As governments and the international community continue their quest to reduce CO2 emissions, the oil and gas industry is being scrutinised more than most.

The downstream sector is the latest part of the oil and gas business to come under the microscope. In the United States refineries were recently granted a minor reprieve from new greenhouse gas limits, but it really is a question of when, rather than if, stricter controls will be placed on companies.

In Europe, despite already being covered under the Emissions Trading Scheme, refineries could soon be required to pay for their emissions, having been given free allocations in the first two phases.

For the downstream sector, finding tech to reduce these emissions is now bringing with it a commercial imperative, as well as a regulatory one, and one which is likely to increase in the future.

Howard Feldman, director of regulatory and scientific affairs for the Washington-based American Petroleum Institute, welcomed the EPA's decision to delay the release of the new standard.

"EPA's application of the Clean Air Act in a way that was never intended by Congress threatens to unnecessarily raise the cost of producing America's energy," he said.

Certainly there are difficulties in refineries cutting CO2 emissions in the same way power plants can. While the most polluting power plants have the option to switch to natural gas, many refineries already operate on the less carbon intensive fossil fuel.

Sources say determining how the industry will be able to cut its downstream emissions is one of the key reasons behind the hold up.

Few in the European industry thinks the continent's approach to charging refineries for emissions is the way to reduce CO2 levels, and is likely to bring with it damage to the industry, which has already seen a number of closures in recent months.

Enguerran Ripert, a consultant at Frost & Sullivan, said as many as 40 per cent of the continent's refineries could be persuaded to move by the changes as they already need costly upgrades.

"If they were to refurbish, they would need some clarity on the EU regulation. Otherwise they would move to North Africa or nearby non-regulated or less regulated markets, where their margins could be higher and they would not have this potential carbon tax imposed on them," he told Reuters.

Carbon capture and storage (CCS) is emerging as one of the key technologies which may allow refineries to reduce their emissions, although it is not without its downsides.

The CCS plant is intended for gas-fired Combined Heat and Power plant in operation at Mongstad, located at Statoil's oil refinery.

In Brazil, the CO2 Capture Project has begun an oxy-combustion capture trial on a pilot-scale Fluid Catalytic Cracking (FCC) unit.

The FCC is typically accountable for 20 to 30 percent of emissions from an average refinery and the new technology is expected to capture as much as 95 percent of these from the Petrobras test site in Parana state.

Instead of the air traditionally used to regenerate the catalyst, the method being trailed uses pure oxygen, diluted with recycled CO2.

Raul Rawet, manager of FCC R&D group of Petrobras, said: "A number of issues will be addressed by the demonstration such as start-up and shut-down operations using oxygen, thermal balance and catalyst entrainment. This is an important demonstration; we anticipate that the learnings gained will have long-term value, helping our industry manage its CO2 emissions."

However, CCS projects at refineries are not without their challenges, particularly as the source of emissions is not concentrated as with power stations.

The European Petroleum Industry Association at least is sold on its views that the CO2 needs to be in concentrated form for the project to be worthwhile, and at present is not commercially attractive.

It claims: "Since most CO2 streams are dilute and dispersed, its use is likely to be limited to some specific advantaged locations until it becomes a more proven and optimised technology and infrastructure more developed."