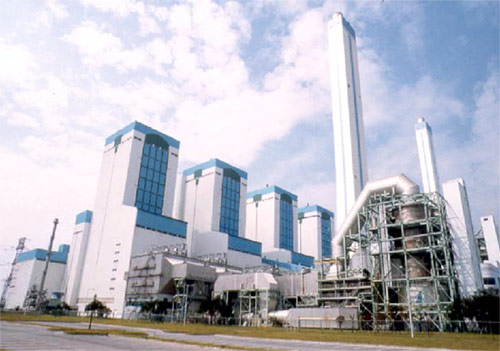 The European Union has strict targets in place to reduce CO2 emissions between 80 and 95 percent on 1990 levels by 2050.

In its Energy Roadmap 2050, seven scenarios are outlined as to how this can be achieved, but in all scenarios gas is seen as "critical for the transformation of the energy system".

Gas offers the reliable baseload and back up of power needed as renewables make up a greater proportion of the energy mix – and combined-cycle plants offer a way of doing this, while also pulling the maximum amount of efficiency from the fuel.

Even coal, traditionally seen as the enemy of emissions cuts, can play its role if used in integrated gasification combined-cycle (IGCC) plants, thanks in a large part to its suitability for carbon capture and storage (CSS).

2) CCS technology and Combined-Cycle Plants are a Natural Fit

CCS technologies offer a lifeline for the use of fossil fuels even in the face of increasing pressure to reduce emissions – and combined-cycle plants are ideally designed for retrofitting of the technology.

Following the gasification process and the removal of carbon-containing gases, IGCC plants are left with a fuel which is over 90 percent hydrogen. This same process makes the carbon in the coal form carbon dioxide.

This resulting high concentration of high pressure CO2 can be easily removed from the hydrogen fuel using solvents, before the fuel is burned in a combined cycle gas turbine.

Dr Fred Starr of the Claverton Energy Research Group, detailed in a paper on the potential for combined-cycle plants and CCS that these 'pre-combustion type' plants easily compete with 'post combustion' traditional coal power plants.

"An important feature of this type of plant is that a very high level of carbon capture can be achieved, providing that the gasifier is of the right type, and a highly active solvent is used. In practice it is usual to aim at 90 percent carbon capture, which compares favourably with the 85 percent level of conventional steam plant equipped with a CO2 removal system."

Combined-cycle plants use fuel more efficiently. This should prove an attractive quality at any time, but when fuel prices are on the increase – and in some countries utilities are under pressure to keep prices down – the benefits increase greatly.

World demand for fossil fuels is increasing, while production in countries such as the UK is declining. Demand is seeing prices rise, while certain European countries are dealing with the increased cost of imports.

In its 2050 Roadmap, the European Union highlights that if current energy policies remain in place, by 2050 total energy system cost - including fuel, electricity and capital costs, investment in equipment, energy efficient products - could make up 14.6 percent of GDP.

4) Europe Is Not Ready To Give Up On Fossil Fuels

The energy industry is in a transition period, and for all the desire to make the move to renewable energy, Europe is not yet in a position to give up on coal generation.

According to EU figures, coal still accounts for around a third of the EU's electricity generation and nine member states continue to mine significant amounts of coal.

The typical pulverised coal plant achieves 45 percent efficiency, while gas turbines in combined cycle plants have a much greater efficiency of 57 to 60 percent.

Cogeneration is expected to see a revival in Europe between 2014 and 2018, according to a report from Frost & Sullivan, with combined-cycle technology expected to support much of this.

Part of this renaissance comes from governments offering benefits for companies that own power plants with high cogeneration potential but Frost & Sullivan industry analyst Pritil Gunjan highlighted that stable energy prices are also important for people looking to make investments in the technology.

He added: "In 2011, the EU identified cogeneration as the energy application that can make the largest-single contribution to achieving the region's greenhouse gas reductions, giving a huge thrust to the market."