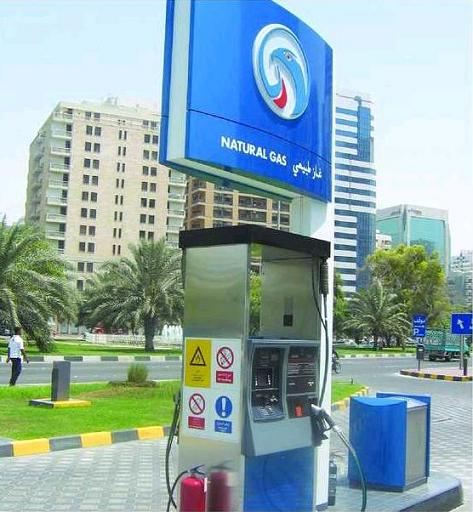 Abu Dhabi is reaping the benefits of ambitious energy projects. Next year will see the emirate's peak power production top 10,000 MW for the first time – and is only expected to continue on the upward trajectory in the foreseeable future.

"Abu Dhabi electricity demand growth is amongst the fastest growing in the world today, even faster than China in percentage terms," Keith Miller, director of planning and studies at Abu Dhabi Water & Electricity Company, was recently quoted by Reuters as saying.

Shah, one of the largest gas fields in the Middle East, is a project at the heart of this expansion.

However, developing the resource has not been a smooth ride. After securing the contract with the Abu Dhabi National Oil Company (Adnoc) in 2008, ConocoPhillips pulled out in 2010, describing it as "a difficult decision not to participate in a project of this importance."

January 2011 saw the Abu Dhabi government select Occidental Petroleum Corporation as its partner for the development of the huge field. Oxy holds a 40 percent share of the field as part of a 30-year contract, while Adnoc holds the remaining 60 percent.

The high-sulphur gas field lies around 180 km south-west of the city of Abu Dhabi, with the expectation that approximately 500 million cubic feet per day of network gas and a significant amount of condensate and natural gas liquids will be produced.

Production from Shah is expected to begin in 2014.

Abu Dhabi is also increasingly finding a new use for its natural gas – powering vehicles. The Khalifa A City Natural Gas Vehicle Station was opened last year and Adnoc has ambitious plans for converting thousands of vehicles, particularly in the capital, to gas.

Abdullah Salem Al Dhaheri, director general of Adnoc Distribution, said earlier this year: "Six CNG filling stations have already been constructed, including the Khalifa station. We expect that by the end of 2012, around 25 percent of the government vehicles will be converted to be run by CNG."

Emirates Transport general manager Mohammed Abdullah Al Jerman also told the Khaleej Times in an interview in September that 1,450 vehicles have so far been converted at the three conversion centres operating in Abu Dhabi, with the largest having 12 bays.

The General Directorate of Abu Dhabi Police has also signed a deal with the transport authority to convert its fleet to natural gas, bringing with it significant savings.

Collectively the conversion should lead to a drop in the pollution in the emirate, which is important for a country so heavily dependent on fossil fuels.

Looking ahead, gas is likely to remain a major source for the emirate. OPEC figures suggest the United Arab Emirates as a whole hold proven natural gas reserves 6,091 billion cubic meters, and opportunities to develop these are likely to appear in the coming years as power demand continues to grow.