The LNG End Game: 6 Events That Changed The Way The US Thinks About Natural Gas

Oil and Gas IQ looks at the two and a half years that turned the tide for the natural gas industry in the US, and the possible impact that it could have on the world fuel markets.

2009
-BP CEO, Tony Hayward proclaims: "There has been a revolution in the gas fields of North America. Reserve estimates are rising sharply as technology unlocks unconventional resources."

- The US Energy Information Administration more than doubles its estimate of recoverable US shale gas reserves to 827 TCF, and projects shale production to increase from 14% of total US gas production in 2009 to 45% by 2035.

- Booming US domestic supply causes natural gas to lose over 80% of its July 2008 value and prices plummet to $2.409 mmBTU

2010
-At the Davos World Economic Forum, Tony Hayward affirms the US shale gas revolution to be "a complete game-changer" that would transform "the U.S. energy outlook for the next 100 years".

Shale As LNG - The Rock That Laid The Golden Egg

When advances in hydraulic fracturing - otherwise known as fracking - made it possible for the USA's mighty shale rock deposits to be exploited for the methane they contained, the energy future of the world's number one economy was ensured far beyond the end of the 21st century.

From 2000-2010, the US imported an average of 4 trillion cubic feet of natural gas per annum, with over 90 per cent of that figure coming from its northerly neighbour, Canada. The success of the Marcellus, Barnett and Antrim shale plays ensured that the United States was, for the first time, looking at a glut of natural gas in the domestic marketplace.

As shale plays went online and on tap, natural gas prices plummeted from highs of $13 mmBTU in 2008, to the current price of around $4 mmBTU. With LNG commanding a fraction of its former price in the global markets, the question for energy companies became how to foster demand. The answer, it seems, was to start thinking of LNG as automotive fuel. 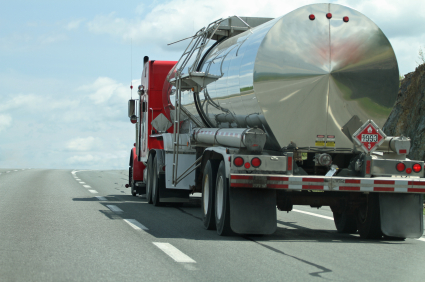 2011 has seen the Oklahoma-based Chesapeake Energy Corporation, invest $1 billion in a fund to acquire companies that develop LNG as a viable motor fuel.

As further proof of its LNG revolution, Chesapeake has already kicked off the process of converting its fleet of 4,500 light trucks to run on compressed natural gas (CNG), as well as 100 of its 157 drilling rigs and a number of fracking units to run on LNG.

It will be several years until we can classify Chesapeake's attempt to boost LNG demand, as genius or folly, but with the price of oil hovering around $90 and the price of natural gas at little more than $4, it will be interesting to see if other US energy companies think of the move as a gamble or an investment.