Four things that keep the team up at night 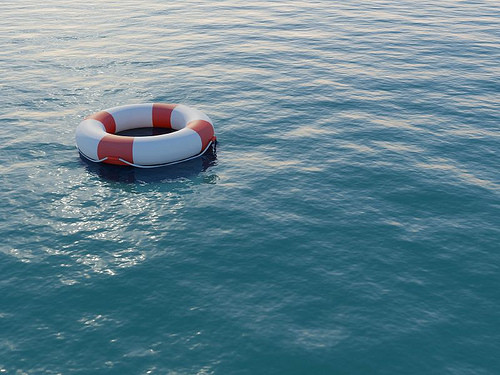 More than 70 per cent of Oil and Gas Production across the globe – around 52 million barrels per day - comes from mature fields in excess of thirty years old.

Any piece of machinery in its third decade of use will require a deal of testing and maintenance to keep it in working order – oil wells are no different.

As wells deplete through use, issues like compaction and subsidence begin to affect the surrounding geology, making the need for subsea well intervention necessary to modify subsea equipment and well geometry.

In addition, without resorting to complicated enhanced and improved oil recovery techniques (EOR/IOR) such as polymer, surfactant or inert gas injection, well modification through subsea intervention is the most effective way to extend production life and stave off decline in already producing wells.

Below are four of the main preoccupations that engineers and well services teams come up against when embarking on interventions, four issues that we will be examining at length in the upcoming Well Testing and Intervention Summit.

Subsea intervention has in the past been stopped by prohibitive costs, with the average intervention totaling $10 million plus the price of lost of deferred production due to downtime or non-productive time (NPT).

In the current climate of dwindling conventional reserves and oil above $100 a barrel, interventions have become both viable and necessary, although the potential for project run-overs and incursion of excessive rig rates for Mobile Offshore Drilling Units is a constant concern. The advent of multilateral well technology has proved to be a revolution in the way that hydrocarbons are exploited. The creation of multiple branches emanating from the same wellbore has, for the first time, enabled companies to target specific compartments in the same reservoir to maximum effect.

Along with optimised production, the well architecture of a multilateral well can be vastly more complex than that of its conventional cousins. Given the horizontal nature of branches that cannot be accessed by standard intervention methods, there is a high potential for deleterious consequences such as lasting formation damage or possible collapse as a consequence of misjudged invasive processes.

3) It’s all about the data, stupid

Capturing real-time data during the drilling phase of a well is an integral part of any operation to exploit hydrocarbons, and measurement while drilling (MWD) is a technique used on every well sunk into a reservoir today.

Whilst real-time data logging is commonplace in the drilling arena, live data creation and feedback is far less widespread in wellbore intervention operations, where surface measurements and "intuition through experience" have generally played a large part in what happens thousands of feed beneath the sea bed.

With real-time data transmission in its infancy, there are still kinks in the system to iron out, such as the problem of naturally occurring fracturing and fissuring impinging on the reliability of data produced downhole.

4) Striving for a zero pollution and smoke free flaring process

Since World Bank's 2002 initiative The Global Gas Flaring Reduction Partnership, there has been a move towards radically reducing the 400 million tons of greenhouse gas emissions that are attributed to the flaring of gas by the global hydrocarbon industries each year.

As with drilling, intervening in the day to day output of a producing well will necessitate the flaring off of gas produced as part of well operations. Companies are seeking to deal with this off-gassing by instituting closed looped work envelopes which attempt to reuse all fluids produced from the wells in an environmentally-sound and HSE conscious way. However these practices are nascent in their development and far from being adopted across the board.